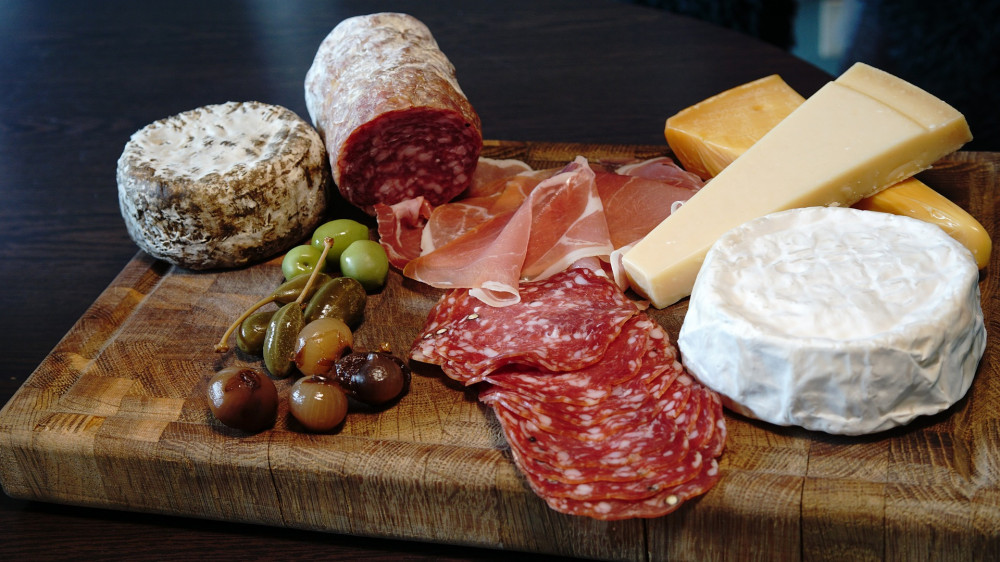 If you’re Italian Christmas is a really big deal. Celebrations last for a month and the focus is on food and sharing the celebrations with family and friends. Here are the favourite holiday traditions in Italy.

The Italians certainly know how to celebrate Christmas! The holiday starts on the 8th of December, which is the day of the Immaculate Conception. This is a religious day but lots of families put up their Christmas trees and decorate them ready for the festivities ahead.

Christmas celebrations will then last from the 8th of December until the 6th of January (Epiphany) which is the day that the 3 wise men brought their gifts to baby Jesus. Gifts are exchanged but not necessarily on Christmas Day; some start sharing gifts up to 2 weeks before Christmas, while others will give and receive presents on Christmas Eve.

To kick off the feasting, an indulgent spread is served – known as La Vigilia – on Christmas Eve. No meat is allowed; Catholic tradition states that you must abstain from eating meat in order to purify yourself for the religious celebrations to come. So Italians serve fish as the main meal. Meat is not missed as the fish dishes are elaborate and delicious.

Note – The Feast of the Seven Fishes is an Italian-American tradition which is not found in Italy itself, although there may be 7 or more fish on the menu.

The type of fish served varies depending on the region of Italy; you might see marinated anchovies, tuna, codfish served with potatoes, pasta with clams, or mussels in broth. Pasta and risotto are featured all over Italy, especially baked pasta dishes like pasta al forno. But fish-based pasta dishes are also popular, such as spaghetti with clams, linguine with lobster, or short pasta with mixed seafood. 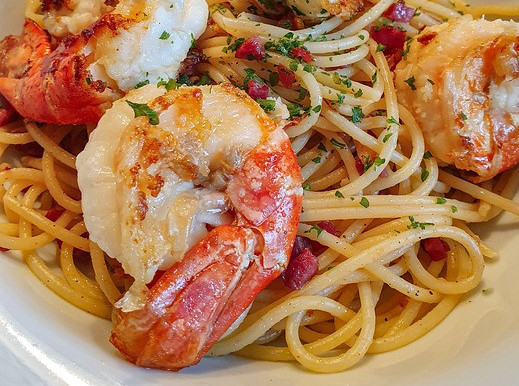 After the enormous meal served on Christmas Eve, there is much more to come on Christmas Day. Italians typically spend up to 7 hours at the table, eating, drinking wine and chatting with one another. This is a joyous celebration and the food reflects the importance of the occasion.

Italians like to eat their Christmas meal in the early afternoon. But the best dishes are saved for this special occasion and you can expect to see around 12 courses on offer.

Antipasti is a popular appetiser; cured meats, cheeses, olives, and salami. A dish of tortellini in brodo (meat-filled pasta parcels in broth) is followed by bollito, boiled meat served with salsa verde. Or Vitello tonnato, which is cold roasted veal served with a tuna-spiked sauce.

This is followed by the roast, which is the main attraction. Pork, beef, and lamb are the favourites, served with lots of vegetable side dishes such as green beans, carrots, roast potatoes, and roast parsnips. Stuffed guinea fowl can be found in Roman households, and a stuffed and rolled joint of veal is a common second course. 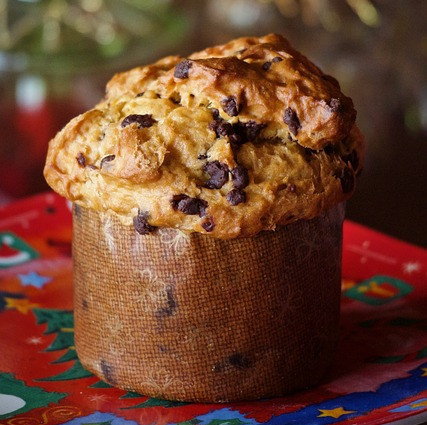 Even with the amount of food served on Christmas Day, Italians will still make room for a sweet course. This could be panettone, a type of fruit bread studded with dried fruits. or the star-shaped pandoro from Verona, with its golden colour and moist texture. In southern Italy, they eat delicious spiced nut-filled pastries called mostaccioli.

Other Christmas favourites are rum baba, a sweet dough soaked with rum-flavoured syrup, and tiramisu, a kind of Italian trifle made with coffee-soaked sponge fingers, marsala and mascarpone, layered with grated dark chocolate. Panforte is a dense cake made from melted chocolate studded with dried fruits and nuts. This is often served with after-dinner coffee, along with truffles and chocolate-coated fruit.

Even after the lavish meals eaten on the previous 2 days of Christmas, it doesn’t stop at boxing day. Italians are very good at using up leftovers, known as avanzi. Meat is shredded and mixed with a tomato sauce for pasta, leftover pasta is mixed with eggs and cheese to make frittata de pasta. Leftover antipasti and panettone are served to finish the meal as enough will have been bought to last for several days.

Each family will have their recipes and these are often passed down through the generations.

But food is not the only Christmas tradition in Italy. There are many others and they all play an important role in festive celebrations.

No Italian Christmas would be complete without music. Zampognari are bagpipe players who wear shepherd’s costumes and go around people’s houses playing Christmas carols. They are a very common sight in Rome but can be seen in many other parts of the country too. This tradition dates back to the 1860s when shepherds would come down from the hills and play their music in market squares. 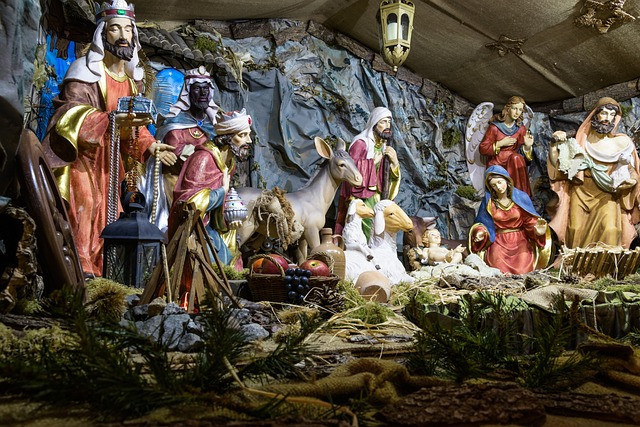 One of the best-loved Christmas traditions in Italy is the nativity or presepe. These scenes depict Mary, Joseph, the baby Jesus, various animals, and the 3 wise men in a stable setting. The figures are made from wood or terracotta and can be very simple and basic, or very elaborate and detailed. You will find them just about everywhere you go. 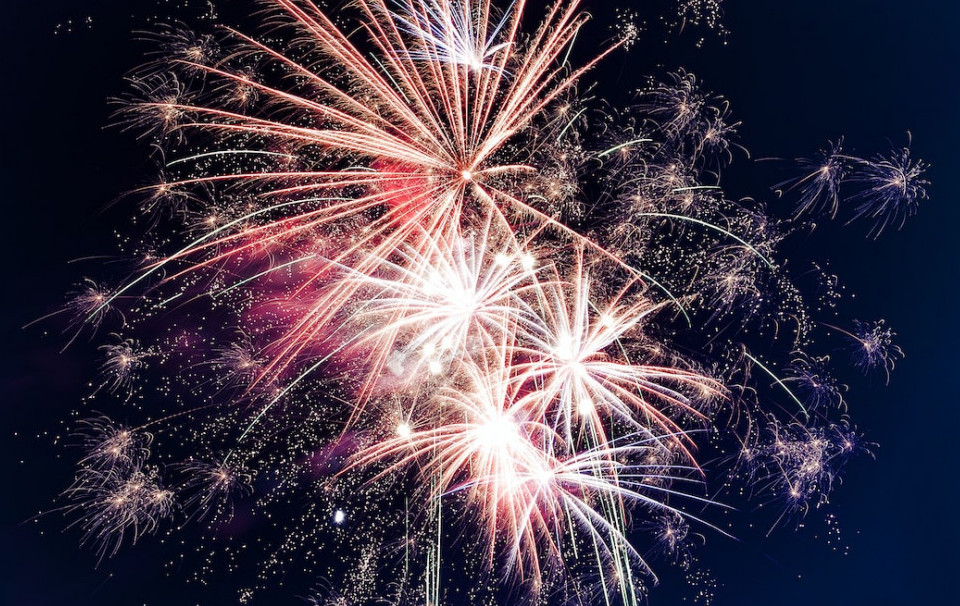 It’s traditional to wear red underwear on New Year’s Eve in Italy. This is an Italian superstition, as is eating pork and lentils to bring prosperity. Pork symbolises wealth and lentils symbolise money. After the meal is eaten, Italians go outside to watch the fireworks, which can light up the sky for hours.

Known as La Befana, this is celebrated on the 5th of January. Children leave their shoes or socks out to be filled with sweets. La Befana comes down the chimney, just like Santa, and leaves these treats while the kids are asleep. But if you’ve been naughty, all you will find in your shoe is a piece of coal. There’s an incentive to be on your best behaviour, boys and girls!

Legend has it that Befana was an elderly Italian woman who wanted to go to Bethlehem to give a gift to the bay Jesus, but she got lost. She’s been trying to find her way there ever since, flying around on her broom like a witch. The broom is meant to sweep away any bad thoughts or deeds from the previous year.

I hope you enjoyed this article. If you have any questions or comments, please leave them below.

Have you ever dreamed of starting your own online business? It’s easier than you think. Try Wealthy Affiliate; it’s worked for me, why not find out if it could work for you too? Best of all – it’s free!

We use cookies on our website to give you the most relevant experience by remembering your preferences and repeat visits. By clicking “Accept All”, you consent to the use of ALL the cookies. However, you may visit "Cookie Settings" to provide a controlled consent.
Cookie SettingsAccept All
Manage consent

This website uses cookies to improve your experience while you navigate through the website. Out of these, the cookies that are categorized as necessary are stored on your browser as they are essential for the working of basic functionalities of the website. We also use third-party cookies that help us analyze and understand how you use this website. These cookies will be stored in your browser only with your consent. You also have the option to opt-out of these cookies. But opting out of some of these cookies may affect your browsing experience.
Necessary Always Enabled
Necessary cookies are absolutely essential for the website to function properly. These cookies ensure basic functionalities and security features of the website, anonymously.
Functional
Functional cookies help to perform certain functionalities like sharing the content of the website on social media platforms, collect feedbacks, and other third-party features.
Performance
Performance cookies are used to understand and analyze the key performance indexes of the website which helps in delivering a better user experience for the visitors.
Analytics
Analytical cookies are used to understand how visitors interact with the website. These cookies help provide information on metrics the number of visitors, bounce rate, traffic source, etc.
Advertisement
Advertisement cookies are used to provide visitors with relevant ads and marketing campaigns. These cookies track visitors across websites and collect information to provide customized ads.
Others
Other uncategorized cookies are those that are being analyzed and have not been classified into a category as yet.
SAVE & ACCEPT