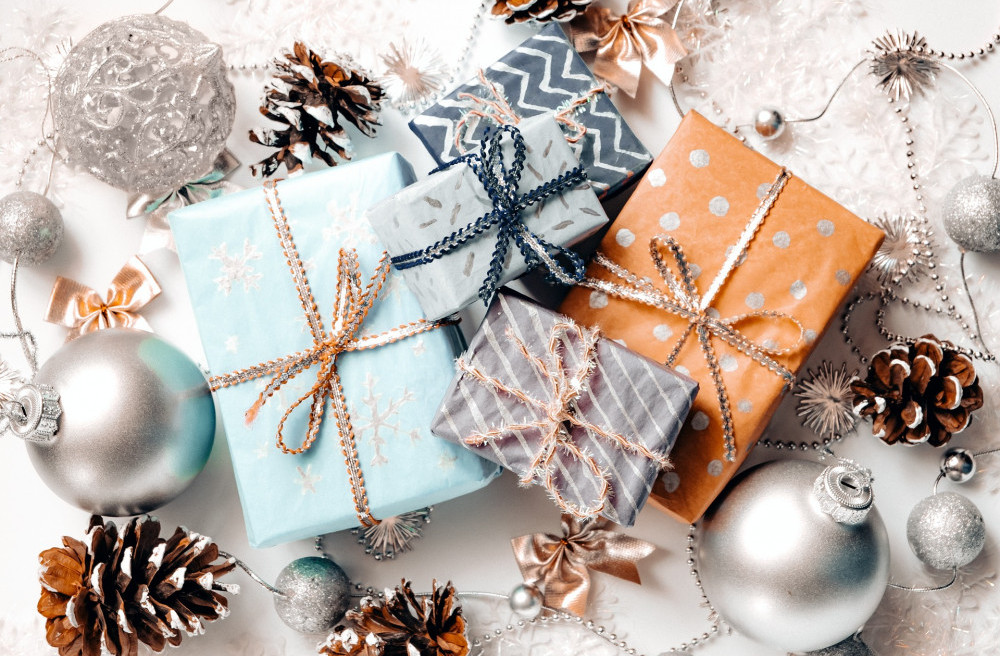 It doesn’t matter where you live, Christmas is a magical time of year. Each country has its own traditions that are unique to them. Here are the top ten Christmas traditions from Britain – and beyond.

Here in Britain, we celebrate Christmas with great enthusiasm! Lots of good food and drink, the exchanging of presents and a tree decorated with lights and coloured glass baubles. If it snows outside, that is a bonus. Christmas seems to start earlier each year, but officially, it only lasts for the 12 days of Christmas, beginning with Christmas day and ending on the 5th of January.

These are the top ten Christmas traditions from the UK.

1. The Christmas Tree: Whether you prefer a real tree or an artificial one, this is one of our most treasured traditions. The tree is given pride of place in the house and lovingly decorated with delicate glass baubles, glittery tinsel, bundles of cinnamon sticks tied with ribbon, and not forgetting a fairy or a star on top.

Real trees smell wonderful but the needles that are shed from the branches are a disadvantage. Artificial trees are better in lots of ways, but you don’t get that lovely, fresh pine smell that comes with a real tree. 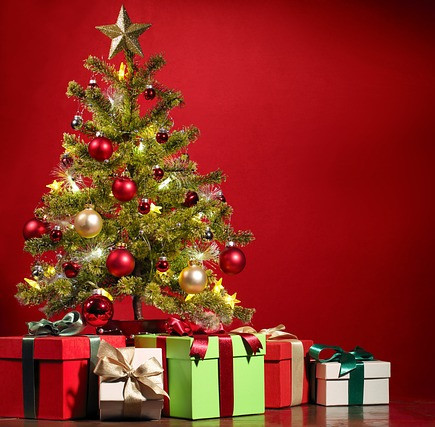 2. Pantomimes: These are a kind of musical play, set on a stage with larger-than-life colourful characters. The female lead is often played by a man dressed in ‘drag’ with heavy make-up and an extravagant wig. Families will go to pantomimes every year as they are geared towards people of all ages, and can be enormous fun. 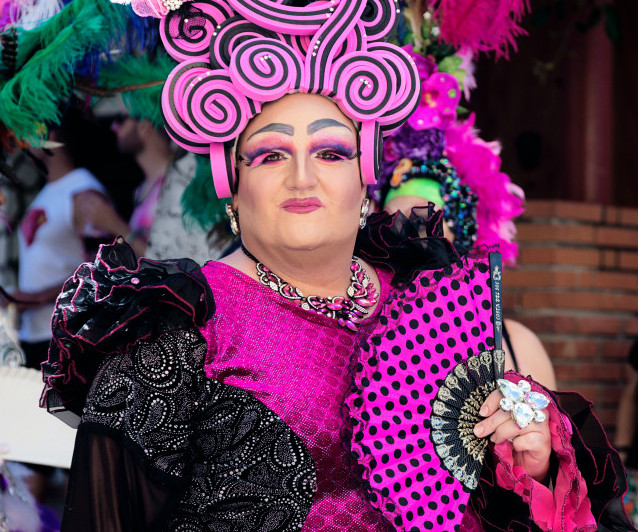 3. Christmas Decorations: Tinsel, paper chains, bells and stars made from shiny foil, bunches of mistletoe. Some people like to put up the decorations early, while others wait until the first night of Christmas. I loved the decorations and was always sad to see them taken down and put back in their boxes for another year. But my mum insisted that it was bad luck to leave the decorations up beyond the 5th of January. So down they came.

4. Christmas Dinner: No Christmas celebration would be complete without the turkey. And the various trimmings that are so important, such as roast potatoes, Brussels sprouts, cranberry sauce, and gravy. This enormous meal is followed by Christmas pudding, a rich, dense steamed pudding made with dried fruit, spices and brandy, served with brandy butter. Usually followed by a mid-afternoon nap.

5. Mince Pies: Once filled with a mixture of minced meat and dried fruit (hence the name) these little pies are now filled with a mixture of dried fruits, suet and spices, known as ‘mincemeat’ and wrapped in buttery shortcrust pastry. They are eaten a lot during the Christmas period. Some families leave a couple of mince pies out for Santa to enjoy. 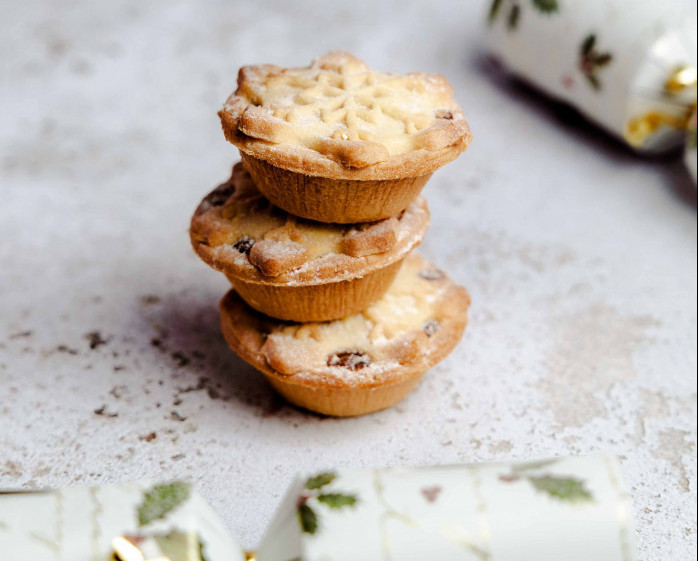 6. Christmas Gifts: Christmas is a time for giving, but also for receiving. Families and friends exchange beautifully-wrapped gifts, often opened while sitting around the tree. This was my favourite part of the day as a child; I couldn’t wait to find out what was inside those intriguing packages. And I was never disappointed. 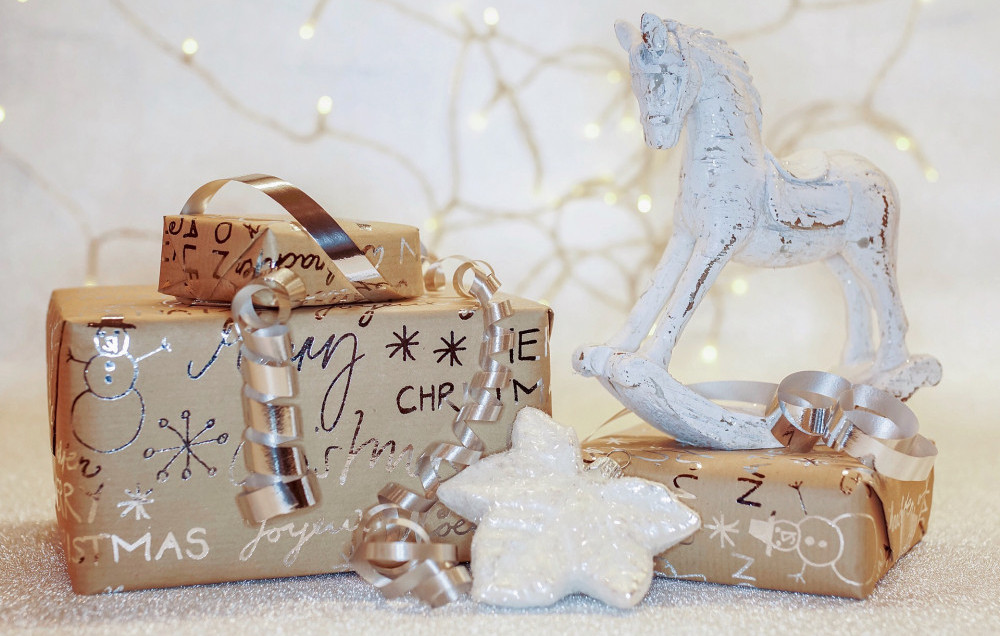 7. Christmas Crackers: These are a novelty table decoration, usually ‘pulled’ during the main meal. The wrapping conceals a small gift, a joke printed on a slip of paper and a paper hat. Two people hold each end of the cracker and when pulled it makes a loud bang. They vary from basic to luxury versions. 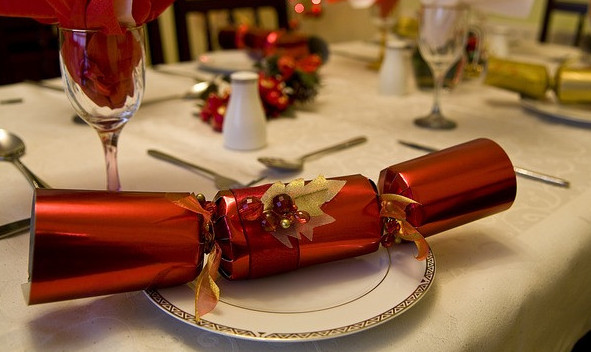 8. Christmas Cards: Even in our modern times, where the internet is king, Christmas cards are still sent each year. This tradition was invented by Sir Henry Cole, who didn’t have time to send out personal messages so he hired an artist to design a card which could be sent out to everyone. This was in 1843, and Christmas cards have been a big thing ever since. 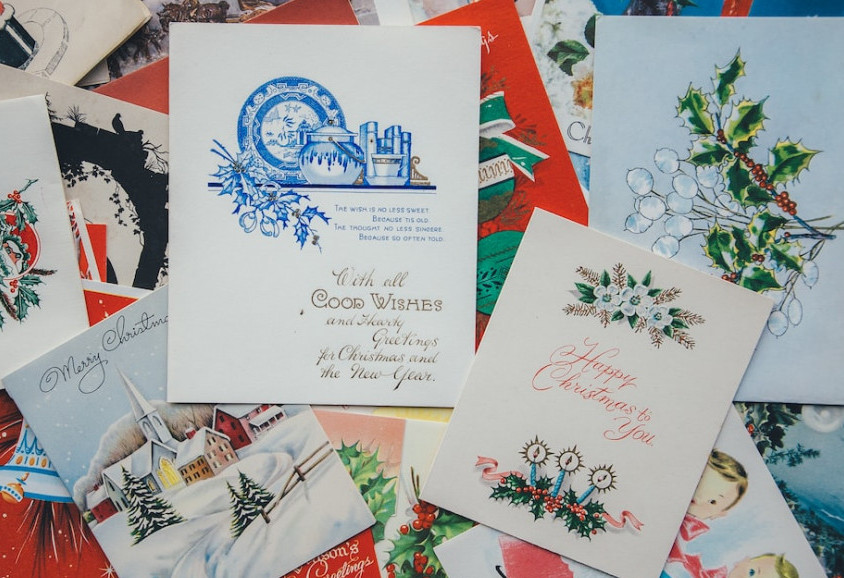 9. Carol Singing: This old tradition seems to be dying out, which is a shame. I remember the Salvation Army band playing in our local town centre and can still remember the words to the carols. My friends and I used to knock on neighbour’s doors and sing a few bars of a well-known carol song. Sometimes we would get sweets, and other times nothing. But it was fun anyway! 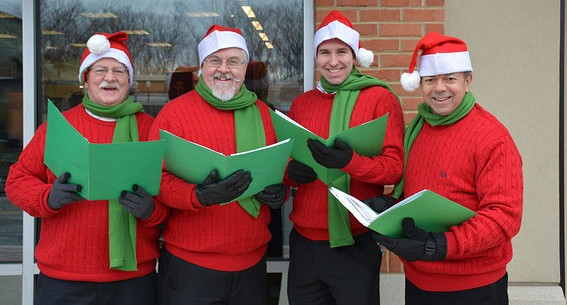 10. Mistletoe: This is a parasitic plant that anchors itself to trees to extract nutrients from the host. It has pure white berries with green foliage and is traditionally hung above doorways. It is said that any man who finds a woman standing beneath the mistletoe can steal a kiss, and if the woman refuses, it will bring her bad luck. 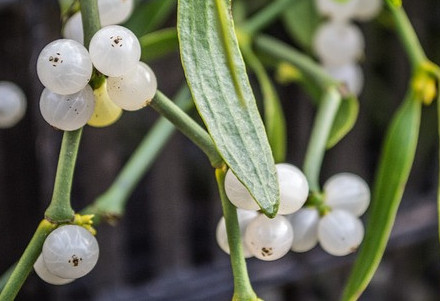 So, that’s how we celebrate Christmas here in Britain. But what are the traditions in other parts of the world?

In many parts of the world, kids are familiar with Santa Claus or Father Christmas, but in Austria they have a ‘bad Santa.’ This scary creature is called Krampus and is said to wander the streets searching for children who have been misbehaving. During December, masked figures roam the streets scaring adults as well as kids. They wear terrifying masks and behave in a threatening manner. But it’s all for fun. 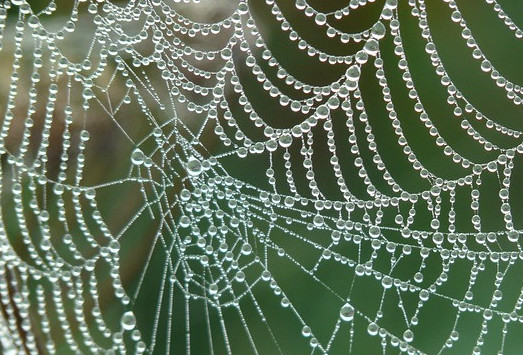 This one is not for those who have a phobia about spiders; Ukrainians have a novel way of decorating for Christmas; spiderwebs. The decorations resemble spiderwebs glistening with dew and look very effective. The charming story that accompanies this tradition is a folk tale about a widow who couldn’t afford to decorate the Christmas tree for her kids so the spiders did it for her. Spiderwebs are thought to be lucky in Ukraine. 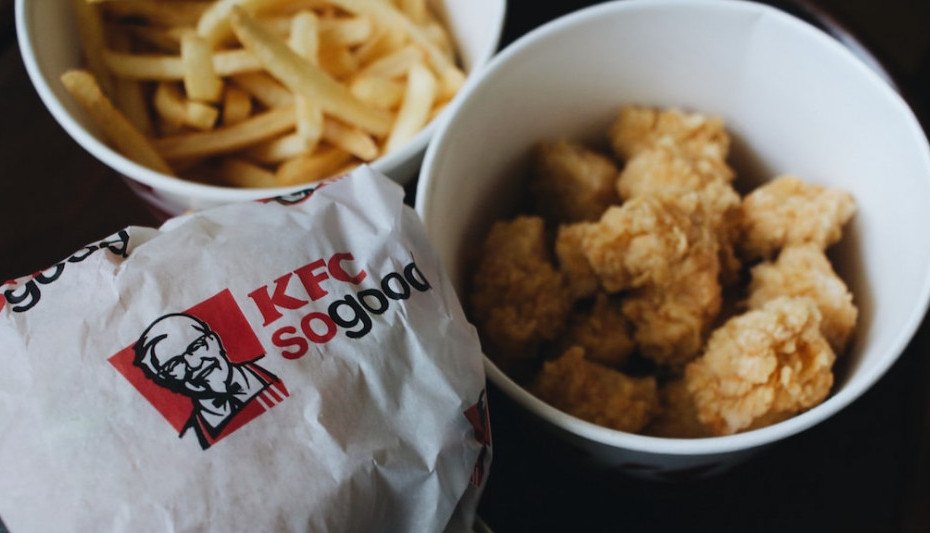 In Japan, Christmas is not a national holiday, but on Christmas eve, the Japanese head out to their local KFC for a special meal. This began in 1974 when KFC released a Christmas marketing campaign with a catchy slogan and the tradition is still thriving today.

Again, Christmas is not a public holiday in china, as in Japan, but they do celebrate Christmas and a favourite tradition is the gift of apples. The apples are not just plain old apples, however; these are intricately carved with positive messages and wrapped in colourful paper before being presented to the recipient. The apples represent a wish to the recipient for a safe and peaceful night.

Germans have many ways of celebrating Christmas. The ever-popular Christmas markets – usually held outdoors – bring travellers from all over the world. But one of their traditions is called pickle in the tree, and it involves hiding a pickle in the branches of the Christmas tree. Whoever finds it is given a gift as a reward.

In the days leading up to Christmas, Dutch children leave their shoes in front of the fire, hoping that Sinterklaas will fill the shoes with gifts and treats during the night. Also, they leave carrots in the shoes for Sinterklaas’ white horse, named Amerigo, to eat. Naughty children would get a potato left in their shoes. Now there’s an incentive to be good! 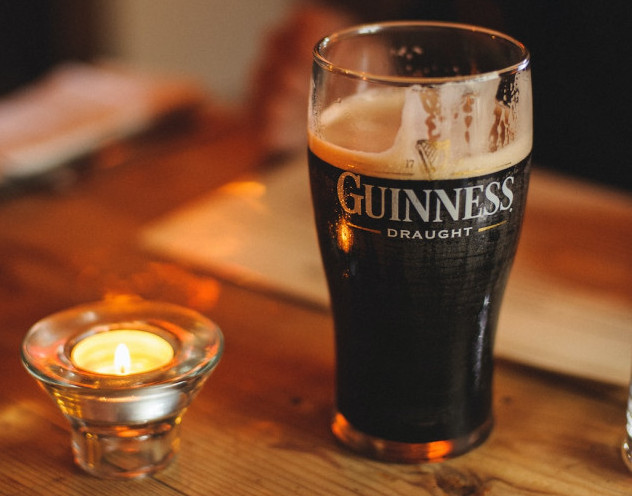 Midnight mass is one of the most popular Irish Christmas traditions, with families bundling up against the cold and heading for church. Once back home, a pint of the famous Irish stout, Guinness, is left out for Santa to fortify him for the long night ahead. The Irish usually have turkey for Christmas dinner, but alternatives are roast or boiled ham, duck, or goose.

High on the list of Christmas traditions in Poland are midnight mass, known as Pasterka, and carol singing. Polish people have thousands of carols and they love to sing. Food includes various fish dishes, pierogi and a compote made from dried fruits which is served as a drink.

I hope that you enjoyed this article, what are your favourite Christmas traditions where you live? If you have any questions or comments, please leave them below.

Have you ever dreamed of starting your own online business? It’s easier than you think. Try Wealthy Affiliate; it’s worked for me, why not find out if it could work for you too? Best of all – it’s free!

We use cookies on our website to give you the most relevant experience by remembering your preferences and repeat visits. By clicking “Accept All”, you consent to the use of ALL the cookies. However, you may visit "Cookie Settings" to provide a controlled consent.
Cookie SettingsAccept All
Manage consent

This website uses cookies to improve your experience while you navigate through the website. Out of these, the cookies that are categorized as necessary are stored on your browser as they are essential for the working of basic functionalities of the website. We also use third-party cookies that help us analyze and understand how you use this website. These cookies will be stored in your browser only with your consent. You also have the option to opt-out of these cookies. But opting out of some of these cookies may affect your browsing experience.
Necessary Always Enabled
Necessary cookies are absolutely essential for the website to function properly. These cookies ensure basic functionalities and security features of the website, anonymously.
Functional
Functional cookies help to perform certain functionalities like sharing the content of the website on social media platforms, collect feedbacks, and other third-party features.
Performance
Performance cookies are used to understand and analyze the key performance indexes of the website which helps in delivering a better user experience for the visitors.
Analytics
Analytical cookies are used to understand how visitors interact with the website. These cookies help provide information on metrics the number of visitors, bounce rate, traffic source, etc.
Advertisement
Advertisement cookies are used to provide visitors with relevant ads and marketing campaigns. These cookies track visitors across websites and collect information to provide customized ads.
Others
Other uncategorized cookies are those that are being analyzed and have not been classified into a category as yet.
SAVE & ACCEPT